The Fed Is NGMI

We found out this week that the first quarter was recessionary: GDP down 1.4% when the expectation was that the quarter would be up 1%. Rather large miss! Even so, the quarter-over-quarter comparisons were difficult so I believe the Fed will look past it and a 50-basis-point hike in May is still on.

Even if the US has a positive second quarter, the rest of the year is up to consumers. Europe will likely enter recession, which won’t help.

But what will help you is all the information that you will glean from the 18th annual Strategic Investment Conference starting Monday, May 2, at 10:00 am Eastern.

I hope you’ll join us in time to watch the livestream for the full SIC experience. Click here to get your Virtual Pass now.

This year’s faculty is even bigger and better than in the previous years, and that is saying something. I am rather proud of the group we have assembled. We’ve had the good fortune to book Dr. Henry Kissinger… David Rubenstein… Howard Marks… Joe Lonsdale… and other top names in policy, business, and finance.

We also have all our audience favorites back: Louis Gave and his father, Charles Gave… geopolitical wiz George Friedman… Felix Zulauf, one of the most visionary macro minds I’ve met… David Rosenberg, who as usual will kick off the SIC… Mark Yusko… Lacy Hunt… and Bill White.

On top of that, we have crypto and blockchain expert Dan Tapiero, founder and managing partner of 10T Holdings… Liz Ann Sonders, managing director and chief investment strategist at Charles Schwab… Dan Pickering, founder and CIO of Pickering Energy Partners, our go-to man for all things energy… and so many more, I can’t list them all.

And as you know, we’ll have important things to talk about. If there was ever a year where we desperately needed input from the world’s top minds, this would be it.

Do yourself a favor and don’t miss it. You can watch and listen on all your devices—while commuting or working out if you wish. Or you can read the transcripts.

I have been neck-deep in planning for this conference, and honestly just haven’t had the time to do the research for a solid Thoughts from the Frontline. But my good friend Ben Hunt of Epsilon Theory, who will have his own session at the conference, has written what I think is one of his most powerful letters ever. He’s basically saying the Fed just isn’t going to make it. I wish I had written it. He is such a wordsmith. With that, let’s turn it over to Ben.

For the over-40 or crypto-uninitiated or non-bodybuilding-4chan-reading crowd, NGMI stands for “not gonna make it.”

It’s typically used in a tsk-tsk fashion to describe someone who is not going to succeed because they chickened out or fundamentally misunderstood the big picture, as in “Joey sold all his Bitcoin at $40K. NGMI.” or “I sent Jimmy the links to my due diligence on GameStop and MOASS, but he still didn’t buy. NGMI.” It’s meant as an accusation of a lack of knowledge, but in truth it’s almost always an accusation of a lack of faith.

I mean that as both an accusation of lack of knowledge and lack of faith. 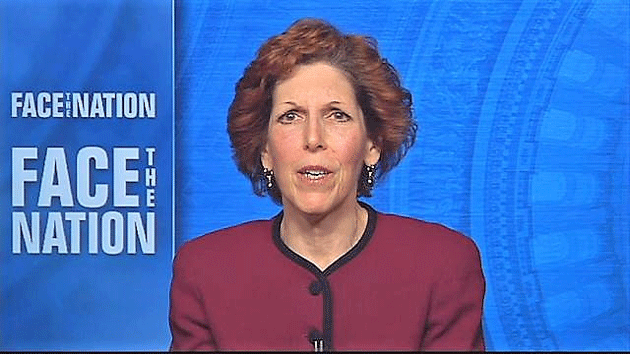 This is Loretta Mester, from a screen shot of her appearance this Sunday on Face the Nation. Mester is the head of the Cleveland Fed and a 2022 voting member of the FOMC, the Fed committee that decides on interest rate hikes. Loretta Mester is a 63-year-old academic economist. She joined the Philly Fed in 1985, a freshly minted Princeton PhD, and has never worked outside of the Federal Reserve system. Never.

It’s going to seem like I’m picking on Mester, but everything I say about her and every quote I have from her could just as easily be said about or quoted from any other Fed governor. They are ALL part of the same inbred, arrogant, frequently wrong but never in doubt, Soviet nomenklatura-esque priesthood of central economic planning and control.