Another Nail Pounded into 2009 Bull’s Coffin

Another nail has been pounded in the coffin of the 2009 Bull Market. May the Bull rest in peace (RIP).

Yesterday new Federal Reserve Chairman Jerome Powell gave testimony to the US Senate’s banking committee. Based on his testimony the probability has increased that the US Federal Reserve will increase its discount rate four times during 2018. Analysts and economists had been forecasting that there would only be three rate hikes this year. The Fed’s becoming more aggressive than anticipated is bad news for stocks since they have historically declined when interest rates go up. 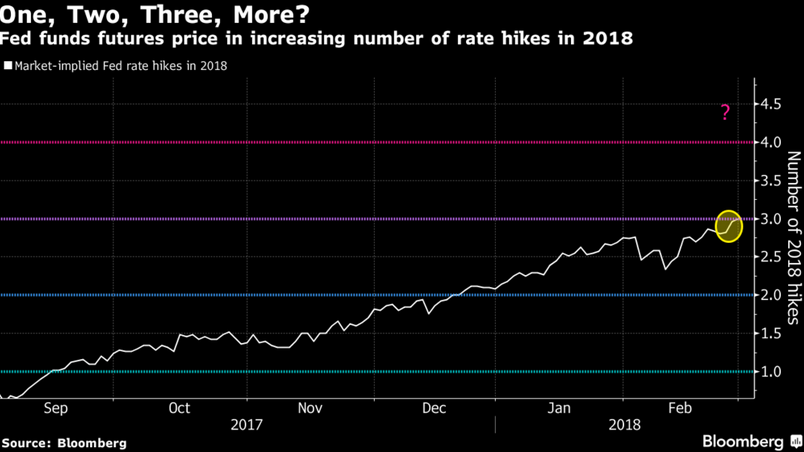 My February 6, 2018, article entitled “BULL DEAD, BEAR DOB 01/31/18: Expect Stock Market Decline of at Least 50%” was about the 2009 Bull Market’s death and the 2018 Bear Market’s birth on January 31, 2018. It did not surprise me that the market rallied for most of February. Those who invested after the birth of the 1929 bear could have participated in seven powerful rallies for which market increased by 50% through the middle of 1932. However, when the market hit bottom during the summer of 1932 it had declined by 89% from its 1929 all-time high.

Here were the first two nails in the 2009 Bulls’ coffin. 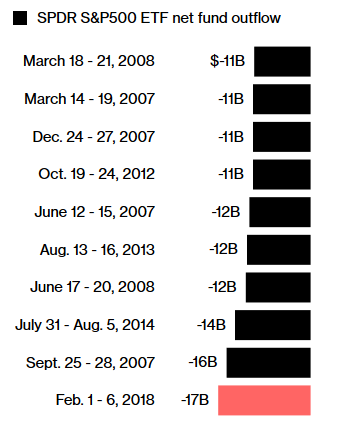 The biggest lesson that I have learned throughout my 41 years in the market is that history repeats itself. The smart money is now exiting the market and will not get back in until the market has declined by at least 50% from its all-time 2018 high. With each additional nail that I find the probability of the market declining by 50% by the end of 2018 will increase.

Upon my finding additional nails, I will be reporting on them. To insure access to all of my articles and reports about the nails that I find sign up for the free newsletter at http://www.dynastywealth.com. Additionally, all of my updates including my play by play on the 2018 crash upon its commencing will be sent to the newsletter’s subscribers.

During 2016, I conducted a significant amount of research on the prior market crashes. It resulted in my developing an algorithm that I utilized to issue market crash warnings during 2016 when negative interest rates posed great risks to the global economy. See equities.com article “NIRP Crash Indicator Signals Very Reliable for 2016”. Due to the ebbing of negative rates in 2017, after the election of Mr. Trump as President and the unprecedented low stock market and especially currency volatility the NIRP Crash Indicator was disengaged in March of 2017. See equities.com article “No Longer a Need for NIRP Crash Indicator Signals”. Upon currencies volatility picking up the NIRP Crash Indicator will be re-engaged. Its warnings will be available to Trophy Investing’s members.

Disclaimer: Mr. Markowski’s predictions are frequently ahead of the curve. The September 2007 predictionsthat appeared in his EquitiesMagazine.com column stated that share-price collapses of the five major brokers, including Lehman and Bear Stearns, were imminent. While accurate, they proved to be premature. For this reason he had to advise readers to get out a second time in his January 2008 column entitled “Brokerages and the Sub-Prime Crash”. His third and final warning to get out, and stay out, occurred in October of 2008 after Lehman had filed for bankruptcy. In that article “The Carnage for Financials Isn’t Over”he reiterated that share prices for Goldman and Morgan Stanley were too high. By the end of November 2008 the share prices of both had fallen by an additional 60% and 70%, respectively — new all-time lows.